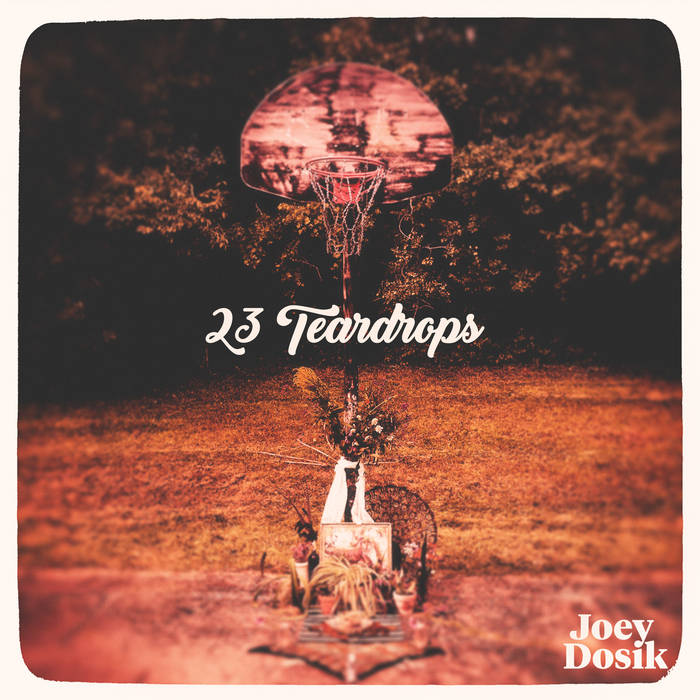 Released to coincide with the finale of ESPN's epic documentary The Last Dance, "23 Teardrops" is an attempt to look inside the mind and spirit of the greatest basketball player to ever live, Michael Jeffery Jordan, in his most vulnerable moment. There were always mythic stories about the "real Jordan," his acts of kindness, his gambling, and his alpha male tendencies. Growing up in the 90's, I ate up any fantastical story about Michael Jordan, who I saw as a deity.

Then we started hearing stories about the vulnerable Jordan. In 1993, just after coming off his third consecutive championship, his father was found murdered in South Carolina. Three months later, in his prime at the age of 30, Michael Jordan shocked the sports world when he retired from the game of basketball. Jordan said that he had accomplished everything he had set out to do and he had lost the competitive desire to continue. Conspiracy theories ran amok across the world of NBA fandom. Was he kicked out of the league for gambling? Was there a connection to his father's murder? Of course, this is all conjecture that speaks more to the fascination with MJ the icon than with Michael Jordan himself.

Like basketball itself, "23 Teardrops" is nimble while the emotions are deep: love and regret, dedication and heartbreak. This is MJ at his lowest point after losing his father, his sport, and his grip on reality. Every triumph and mistake he ever made is weighed out on a feedback loop in his mind. Can he go on without his father? Was all of the competitive ferociousness ultimately worth it? Were things outside of basketball getting in the way? Was he kicked out of the NBA for 18 months as punishment? It's is the human side of Michael alongside the greatness of MJ that I want to explore. "23 Teardrops" takes a loving but uncompromising look at the icon and what is means, or costs, to be iconic.

Now I recognize I never told you why
I never let you see the lows, just the highs
But now it’s my turn to sit, and watch the sky
And pray that I’ll see better, once I dry my eyes

On top of the world, did everything on my own
Then I heard the news, got the call on my phone
Impossible now to try and pretend I’m strong
Admit I’m wrong, how can I carry on
With a pain life long, leaving the game I love
I swear I’m the one who should have been found tied up
All flights are grounded now, it’s just me and God
This is what I’ve been praying on